Have a Question or Want a Free Market Report?

View today's hottest Edgemont homes for sale & real estate in Northwest Calgary below! Single professionals and families will find a home in the bustling neighborhood of Edgemont. With a population of 17,000 people, this community boasts more people than most other neighbourhoods in the city. However, it doesn't feel crowded, as houses are well-spaced and the community is well-organized. To request up-to-date information about Edgemont properties for sale or to set up a home tour, contact your local real estate experts today. Read more about Edgemont real estate.

Considering the purchase of a home in Edgemont? Call Justin Havre & Associates of RE/MAX First at 403.217.0003. Our team of local real estate agents will help you navigate the Edgemont housing market today!

Edgemont real estate is a community of fairly affluent residents living there with a friendly neighbourhood atmosphere. The Edgemont property is bounded north by Country Hills Blvd, east by Shaganappi Trail NW, south by John Laurie Blvd NW and west by Sarcee Trail NW. Home ownership here is an impressive 90%. The housing market offers real estate that is mostly spacious single-family detached houses and then some condos and townhome properties that were built in the late 1980's. Subdivisions in Edgemont include Edgepark, Edgeridge, Edgevalley, Edgebrook, Edgehill and Edgedale. Average home listing prices are in the $525,000 to $575,000 range, with massive hilltop houses with fantastic views priced upwards of $1.5 million.

Families living here enjoy the community of Edgemont's many recreational programs along with neighbourhood skating rinks, tennis courts and playgrounds. Real estate with proximity to major transportation routes allows easy access to many other parts of the city. In addition, since Edgemont is built on a high elevation right next to Nose Hill, much of the real estate on the market has great views of the city and the Rockies. Homes in Edgemont offer views that you just can't get anywhere else in Calgary.

Planning to buy or sell a home in Edgemont? Allow our real estate team to help you navigate the purchase of or expertly negotiate the sale of your Edgemont property. As Northwest Calgary real estate agents, we're well-versed in the unique dynamics of the Edgemont real estate market.

Back to Northwest Calgary Real Estate 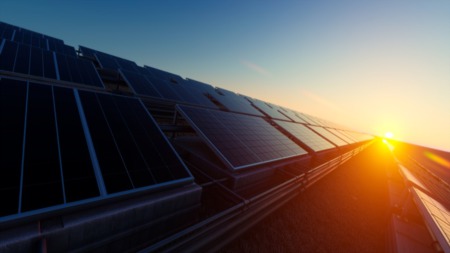 Home Improvement
Top 6 Benefits of Installing Solar Panels in Homes Across Canada
BY Justin Havre
View All Blog Posts
The trademarks MLS®, Multiple Listing Service® and the associated logos are owned by The Canadian Real Estate Association (CREA) and identify the quality of services provided by real estate professionals who are members of CREA. Used under license. Data supplied by CREB®'s MLS® System. Data is deemed reliable but is not guaranteed accurate by CREB®.

Data is supplied by Pillar 9™ MLS® System. Pillar 9™ is the owner of the copyright in its MLS® System. Data is deemed reliable but is not guaranteed accurate by Pillar 9™. The trademarks MLS®, Multiple Listing Service® and the associated logos are owned by The Canadian Real Estate Association (CREA) and identify the quality of services provided by real estate professionals who are members of CREA. Used under license.